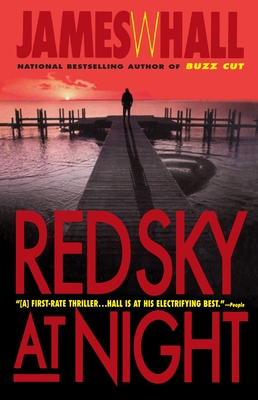 This is book number 6 in the Thorn series.

A full-throttle thriller and a powerful human drama of wounded love—and the hurts that afflict the body, mind, and spirit

It was truly a crime against innocents. Eleven dolphins, part of an experiment in healing, are found slaughtered in their saltwater tanks. When Thorn, a Florida renegade who has lived a life of fierce freedom, investigates, he triggers a vicious attack that leaves him paralyzed from the waist down, plagued by unrelenting pain. Now Thorn is starting over in a wheelchair, bitter enough to drive his lover away, desperate enough to seek miracles on the fringes of medical science—where his childhood friend, now a doctor, is doing cutting-edge research in a quest for the ultimate painkiller.

Bean Wilson was once destined for greatness. Then came the war in Vietnam, a debilitating injury, and a simmering rage. Now Bean is running a pain-relief clinic in Key West, assisted by a beautiful six-foot-tall island girl named Pepper Tremaine, who chews hot chilies like gum and carries a scalpel in her blouse. Under the guise of a respectable research facility, Bean and Pepper are using human beings as lab rats, then feeding the bodies of their failures to the shark-churned sea.

Within hours of entering the clinic, Thorn can sense the danger. But when he makes the bizarre connection between eleven dead dolphins and Bean's clinic, the stakes are raised. Because this mad, ruthless doctor may be on the brink of the most dangerous discovery of all.

James Hall, a former art critic of the Guardian, was awarded the first Bernard Denvir Prize for an outstanding young critic. He is the author of 20 novels, 14 of which feature Thorn, the off-the-grid loner who lives a primitive existence in Key Largo, Florida. Thorn and his friend Sugarman, an African-American PI, team up to solve exotic crimes from animal smuggling to piracy to kidnapping to espionage. Hall has won the Edgar Award and the Shamus and several of his novels have been optioned for film.