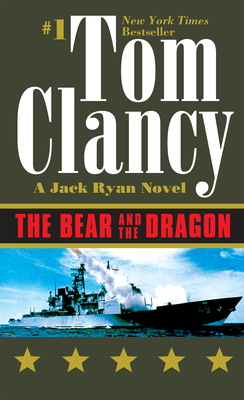 This is book number 8 in the A Jack Ryan Novel series.

President Jack Ryan faces a world crisis unlike any he has ever known in Tom Clancy's extraordinary #1 New York Times bestseller.

A high-level assassination attempt in Russia has the newly elected Ryan sending his most trusted eyes and ears—including antiterrorism specialist John Clark—to Moscow, for he fears the worst is yet to come. And he’s right. The attempt has left the already unstable Russia vulnerable to ambitious forces in China eager to fulfill their destiny—and change the face of the world as we know it...

Praise for The Bear and the Dragon

“Builds to an excitingly cinematic climax as Ryan toils to bring the world back from the brink of nuclear war.”—Entertainment Weekly

“Once Clancy pulls the trigger...nobody can touch his gift for describing combat.”—People

“Those who like heart-stopping action in their thrillers will not be disappointed...Entertaining and eminently topical...Clancy still reigns.”—The Washington Post