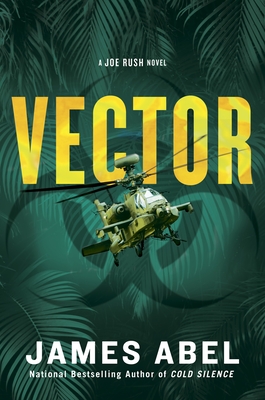 By James Abel
Email or call for price.
Not Available at This Time

This is book number 4 in the A Joe Rush Novel series.

Joe Rush takes on a new terror, spawned in the Amazon rain forest, that threatens to bring the world to its knees in James Abel's latest bio-thriller, now in paperback.

While studying new forms of malaria at an Amazon gold rush, Joe Rush's best friend and partner, Eddie Nakamura, disappears. Learning that many of the sick miners have also vanished, Rush begins a search for Eddie that takes him into the heart of darkness--where while battling for his life, he discovers a secret that may change the world.

Thousands of miles away, sick people are starting to flood into U.S. hospitals. When the White House admits that it has received terrorist threats, cities across the Northeast begin to shut down. Rush and his team must journey from one of the most remote spots on Earth to one of the busiest, as the clock ticks toward a kind of annihilation not thought possible. They have even less time than they think to solve the mystery, for the danger--as bad as it is--is about to get even worse.

James Abel is the pseudonym for Bob Reiss, an accomplished author and journalist who has written extensively about trouble spots and exotic locations around the world, including the Arctic, Somalia, and the Amazon rain forest. He is the author of the Joe Rush novels, including Cold Silence, Protocol Zero, and White Plague. Abel lives and works in New York City.

Praise for the novels of James Abel

“James Abel mines the best of Douglas Preston and James Rollins in the riveting Cold Silence...Like Preston and Rollins, Abel excels at making technological mumbo jumbo accessible to those of us without degrees in science. Cold Silence entertains as it informs, a rare feat comparable to Michael Crichton at his best.”—Providence Journal

“Clive Cussler fans will relish the pseudonymous Abel’s sequel to White Plague...Abel nicely blends action and science in the service of a plausible, but terrifying, plot, peopled with well-developed characters.”—Publishers Weekly

“If you like Tom Clancy and Martin Cruz Smith, then you need to read James Abel.”
—Linda Fairstein, New York Times bestselling author of Killer Look