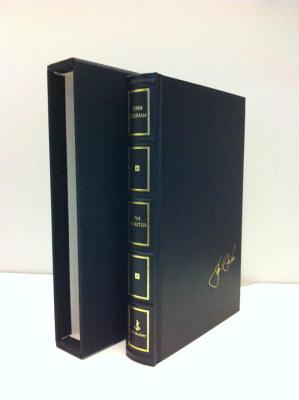 Books are leather-bound, signed and numbered, with printed endpapers, gold stamping, a slipcase, and a ribbon marker.

Who is the Racketeer? And what does he have to do with the judge’s untimely demise? His name, for the moment, is Malcolm Bannister. Job status? Former attorney. Current residence? The Federal Prison Camp near Frostburg, Maryland.