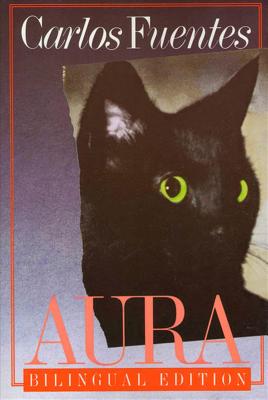 By Carlos Fuentes, Lysander Kemp (Translated by)
$16.00
Email or call for price.

Felipe Montero is employed in the house of an aged widow to edit her deceased husband's memoirs. There Felipe meets her beautiful green-eyed niece, Aura. His passion for Aura and his gradual discovery of the true relationship between the young woman and her aunt propel the story to its extraordinary conclusion.

“When you finish, you . . . have gone through a total experience, a beautiful horror story, a horrifying story of beauty, a combination of Poe, Baudelaire, and Isak Dinesen, translated so agilely by Lysander Kemp that it seems to have been written in English.” —Newsweek