The League of Night and Fog: A Novel (Paperback) 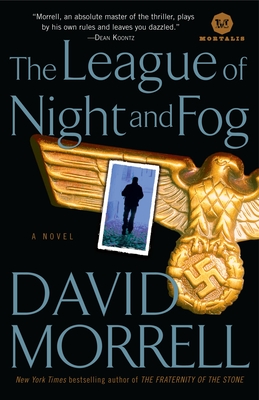 By David Morrell
Email or call for price.
Backordered

Two brilliant operatives known as Saul and Drew are drawn together to solve a baffling mystery: Why have ten elderly men from around the world been kidnapped? As the agents investigate they are pulled into a violent cycle of revenge that stretches back to World War II—and is now forcing sons to pay for their father's darkest sins.

David Morrell's international thrillers have no equal. From the Vatican to the Swiss Alps, from Australia to the heartland of America, The League of Night and Fog brings together two generations bound by one chilling legacy.

David Morrell is the award-winning author of First Blood—the novel in which Rambo was created—as well as twenty-seven other books. This book was the basis for the 1989 mini-series starring Robert Mitchum. With eighteen million copies in print, his work has been translated into twenty-six languages. He was a professor in the English department at the University of Iowa and currently serves as the copresident of the International Thriller Writers organization. He lives in Santa Fe, New Mexico, with his wife.

"Morrell, an absolute master of the thriller, plays by his own rules and leaves you dazzled."—Dean Koontz

"Splendid, state-of-the-art . . . action/adventure . . . Morrell's forte is action, and there is plenty of that here."—Washington Post Book World

"A wildly Ludlumesque thriller . . . an exciting and entertaining adventure."—Publishers Weekly