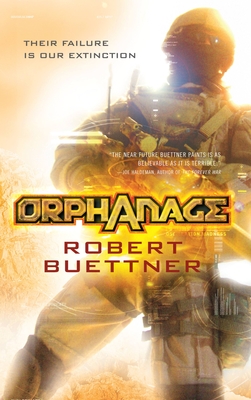 By Robert Buettner
$7.99
Email or call for price.

This is book number 1 in the Jason Wander series.

When earth needs heroes, whom will we call to valor? When mankind's enemy is beyond our worst imagination, who will be our champions? Will we pick the brightest and the toughest? Or the ones with nothing left to lose? War is an Orphanage Mankind's first alien contact tears into Earth: projectiles launched from Jupiter's moon, Ganymede, have vaporized whole cities.

Under siege, humanity gambles on one desperate counterstrike. In a spacecraft scavenged from scraps and armed with Vietnam-era weapons, foot soldiers like eighteen-year-old Jason Wander-orphans that no one will miss-must dare man's first interplanetary voyage and invade Ganymede. They have one chance to attack, one ship to attack with. Their failure is our extinction.

Robert Buettner is a former Military Intelligence Officer, National Science Foundation Fellow in Paleontology, and has been published in the field of Natural Resources Law. He lives in Georgia, creating the sequel to Orphan's Alliance and snowboarding passably. His website is: www.RobertBuettner.com.