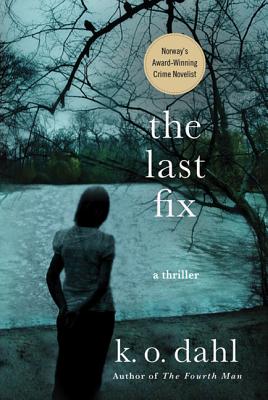 This is book number 3 in the Oslo Detectives series.

"Gunnarstranda and Frølich rely on old-fashioned interview techniques, dogged comparisons of stories and time lines, to unravel the lies in a whodunit full of psychological insights." –Publishers Weekly

Katrine Bratterud, a recovering drug addict, is almost finished with her time in rehab. One evening, contemplating her success at the shore of a lake, she senses that she is not alone. To her shock, a naked man approaches from the woods. The discovery of Katrine's corpse the following day brings Inspectors Frølich and Gunnarstranda onto the case and into a web of secrets and lies that stretches back generations. Katrine's dark past makes her easy prey to a series of men, who immediately become suspects—and victims of the killer's rage.

Like Henning Mankell, Dahl gracefully merges the suspense of the classical whodunit with the detailed precision of the police procedural novel.

International Praise for K.O. Dahl and the Oslo Detectives Series:

"The new king of detective stories. He combines high suspense with humour. He is the next Henning Mankell." --Max (Germany)

"Dahl is the shining star of the genre." --Hamar Arbeiderblad (Norway)

"Recommend to fans of Karin Fossum and Kjell Eriksson. Dahl is a formidable talent." --Booklist

The highly acclaimed and award winning crime writer K.O. Dahl's popular crime series has rapidly become an international success and critics around the world have labeled him as Norway's answer to Henning Mankell. Dahl has been awarded with the Riverton Prize and nominated for Glasnyckeln (The Glass Key), Brage Literary Prize and the Martin Beck Award. His books include The Fourth Man, The Man in the Window, The Last Fix, and Lethal Investments.

“The plot of the book is quite complex, but completely engaging.... Each of the possible suspects seems to be hiding something, and virtually no one tells the truth. It's a difficult job for the police in that there are very few leads. Dahl excels at upping the psychological suspense; it is almost impossible to determine who the murderer is.” —reviewingtheevidence.com on The Last Fix