Summer of Night: A Novel (Paperback) 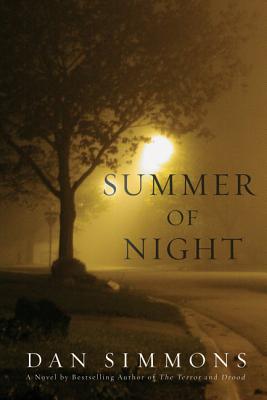 This masterfully crafted horror classic, featuring a brand-new introduction by Dan Simmons, will bring you to the edge of your seat, hair standing on end and blood freezing in your veins

It's the summer of 1960 and in the small town of Elm Haven, Illinois, five twelve-year-old boys are forging the powerful bonds that a lifetime of change will not break. From sunset bike rides to shaded hiding places in the woods, the boys' days are marked by all of the secrets and silences of an idyllic middle-childhood. But amid the sundrenched cornfields their loyalty will be pitilessly tested. When a long-silent bell peals in the middle of the night, the townsfolk know it marks the end of their carefree days. From the depths of the Old Central School, a hulking fortress tinged with the mahogany scent of coffins, an invisible evil is rising. Strange and horrifying events begin to overtake everyday life, spreading terror through the once idyllic town. Determined to exorcize this ancient plague, Mike, Duane, Dale, Harlen, and Kevin must wage a war of blood—against an arcane abomination who owns the night...

Dan Simmons is a recipient of numerous major international awards, including the Hugo Award, World Fantasy Awards, Bram Stoker Awards, and the Shirley Jackson Award. He is widely considered to be one of the premier multiple-genre fiction writers in the world. His novels include the New York Times bestseller The Terror, Drood, and Black Hills. He lives along the Front Range in Colorado and has never grown tired of the views.

“Simmons writes like a hot-rodding angel, loading his American nightmare with scares, suspense, and a sweet, surprising nostalgia. One of those rare must-read books, I am in awe of Dan Simmons.” —Stephen King

“It stands with the best of King and Straub in the traditional modern horror genre.” —Seattle Post Intelligencer

“Impressive...combines beautiful writing and suspense into a book for which Dan Simmons deserves the bestseller status of King and Koontz.” —Denver Post

“An outstandingly eerie and truly horrifying tale, a page-turner of the first order.” —Dallas Times-Herald

“One can only wonder what Simmons will do next, now that he's shown us he can do everything the best writers in horror and science fiction can do.” —Philadelphia Inquirer

“If you like Stephen King's It and The Body, you will be enthralled by Summer of Night.” —Rocky Mountain News

“Blood-freezing scenarios… the true source of Simmons' terrifying vision lies in his uncanny ability to tap into that primal dread that every child knows and every adult denies; the monster under the bed, the darkness in the closet, the not-quite-human face at the window… If you are easily frightened, don't buy this book.” —Los Angeles Daily News

“A superior read in the genre.” —Kirkus Reviews

“An outstandingly eerie horror story about a group of Midwestern boys stalked by an ancient evil.” —Publishers Weekly

“Simmons, winner of several prestigious awards for science fiction and horror ranks with the best the genre has to offer... The children are well drawn and affecting in their bravery.” —Library Journal

“One of the best supernatural chillers in years… Summer of Night promises to mark the dawn of a great horror novelist.” —Flint Journal

“Lots of frights in the ‘Night'… The kind of story that has readers locking doors and checking under their own beds even as the characters in the book go through their own nightly ritual.” —Ocala Star-Banner

“For those of us to whom good writing is everything, the name Dan Simmons bears great weight.” —Harlan Ellison

“A compelling writer.” —F. Paul Wilson, author of The Keep