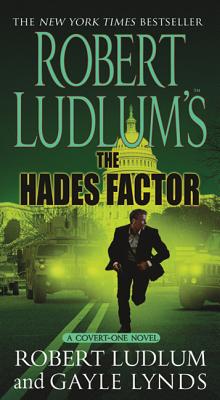 By Robert Ludlum, Gayle Lynds
$9.99
Email or call for price.

This is book number 1 in the Covert-One series.

The #1 bestselling master of suspense and international intrigue continues to set the standard against which all other thrillers are measured with his expertly plotted, pulse-pounding Covert-One series.


An unknown doomsday virus has claimed the lives of four people across the country—including Dr. Sophia Russell, a research scientist working to understand the disease. Bitter and broken-hearted over her death, Lt. Colonel Jon Smith is determined to uncover the cause of the virus that killed her—and prevent it from turning into a pandemic of epic proportions.

When new evidence reveals that Sophia's death was no accident, Smith assembles a private team to aid his fight against the deadly virus—and find the determined genius who's responsible. Smith's quest will lead him to the highest levels of power and the darkest corners of the earth…and bring him face to face with an unknown enemy who will stop at nothing to achieve his means. Meanwhile, the fate of the world hangs in the balance…

Gayle Lynds is the bestselling, award-winning author of several international espionage thrillers, including Masquerade, The Coil, and The Last Spymaster. A member of the Association for Intelligence Officers, she is cofounder (with David Morrell) of ITW (International Thriller Writers). She lives in Santa Barbara.

“Ludlum is light years beyond his literary competition in piling plot twist upon plot twist, until the mesmerized reader is held captive...[He] dominates the field in strong, tightly plotted, adventure-drenched thrillers. Ludlum pulls out all the stops and dazzles his readers.” —Chicago Tribune

“Ludlum stuffs more surprises into his novels than any other six pack of thriller writers combined.” —The New York Times

“Reading a Ludlum novel is like watching a James Bond film.” —Entertainment Weekly

“Robert Ludlum is the master of gripping, fast-moving intrigue. He is unsurpassed at weaving a tapestry of stunningly diverse figures, then assembling them in a sequence so gripping that the reader's attention never wavers.” —The Daily Oklahoman

“Don't ever begin a Ludlum novel if you have to go to work the next day.” —Chicago Sun-Times

“If a Pulitzer Prize were awarded for escapist fiction, Robert Ludlum undoubtedly would have won it. Ten times over.” —Mobile Register