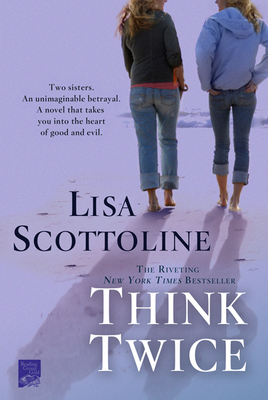 This is book number 11 in the Rosato & Associates series.

Is evil born in us—or is it bred? That is the question at the heart of this penetrating novel from blockbuster New York Times bestselling author Lisa Scottoline

Bennie Rosato looks exactly like her identical twin, Alice Connelly, but the darkness in Alice's soul makes them two very different women. Or at least that's what Bennie believes—until she finds herself buried alive at the hands of her twin.

Meanwhile, Alice takes over Bennie's life, impersonating her at work and even seducing her boyfriend in order to escape the deadly mess she has made of her own life. But Alice underestimates Bennie and the evil she has unleashed in her twin's psyche. Soon Bennie, in her determination to stay alive long enough to exact revenge, must face the twisted truth that she is more like Alice than she could have ever imagined . . . and by the novel's shocking conclusion, Bennie finds herself engaged in a war she cannot win—with herself.

With its blistering speed, vivid characters, and perplexing moral questions, Think Twice is a riveting emotional thriller that will keep readers breathless until the very last page.

“. . . the perfect ingredients for gut-wrenching suspense. . . . In expert fashion, Scottoline constructs the anxiety in intense emotional layers; peppering her story with humorous breaks and heartrending moments only to slam readers back into the chilling controversy without warning. Surpassing others in her field, Scottoline's Think Twice is everything thriller fans crave and more.” —Suspense Magazine

“Think Twice is Lisa Scottoline's latest novel, and it is so engaging that I couldn't help but read it in one sitting.” —Seattle Post Intelligencer