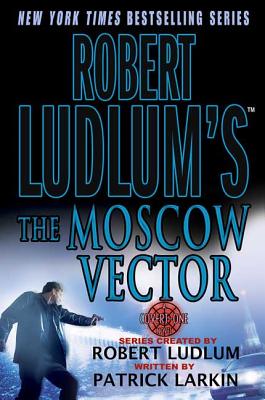 This is book number 6 in the Covert-One series.

For the past three decades Robert Ludlum's bestselling novels have been enjoyed by hundreds of millions of readers worldwide and have set the standard against which all other thrillers are measured. His Covert-One series has been among his most beloved creations. Now comes the latest thrilling novel in the series:
Robert Ludlum's The Moscow Vector

At an international conference in Prague, Lt. Col. Jon Smith, an Army research doctor specializing in infectious diseases and secretly an agent attached to Covert-One, is contacted by a Russian colleague, Dr. Valentine Petrenko. Petrenko is concerned about a small cluster of mysterious deaths in Moscow and about the Russian government's refusal to release publicly any information or data on the outbreak. When the two meet, they are attacked by a group of mysterious men and Petrenko is killed. His notes and medical samples are lost, and Smith barely escapes with his life.
At the same time, a series of government officials around the world are coming down with a mysterious, fast-acting virus with a 100% fatality rate. These deaths are somehow related to the increasing militarism from the new Russian government, headed by the autocratic and ambitious President Victor Dudarev. With few clues and precious little time, Smith and Covert-One must unravel this mysterious plot and find the mysterious figure who stands at the center of it all.
.