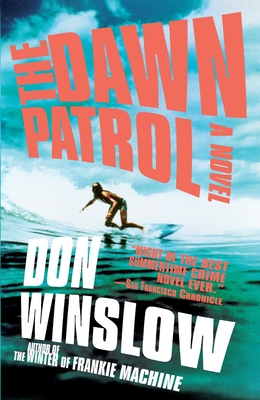 From the bestselling author of Savages (now an Oliver Stone film).

Every morning Boone Daniels catches waves with the other members of The Dawn Patrol: four men and one woman as single-minded about surfing as he is. Or nearly. They have "real j-o-b-s"; Boone, however, works as a PI just enough to keep himself afloat. But Boone's most recent gig-investigating an insurance scam—has unexpectedly led him to a ghost from his past. And while he may have to miss the biggest swell of his surfing career, this job is about to give him a wilder ride than anything he's ever encountered. Filled with killer waves and a coast line to break your heart, The Dawn Patrol will leave you gasping for air.

Don Winslow is a former private investigator and consultant. He lives in California. www.donwinslow.com

“Might be the best summertime crime novel ever.” —San Francisco Chronicle“Heartbreaking. . . . Could be a breakthrough for Winslow.”—Los Angeles Times“One of the most entertaining beach books of this-or any other-summer . . . [A] rocketing thriller.”—The Times-Picayune“Colossally cool. . . . Captures the essence of Southern California itself: forecast sunny and clear, with an undertow of darkness.”—San Antonio Express-News