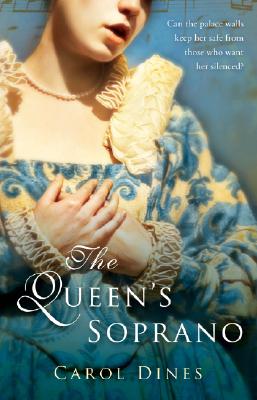 By Carol Dines
Email or call for price.
Not Available at This Time

Seventeen-year-old Angelica Voglia loves to sing. But she lives in seventeenth-century Rome, and the pope has forbidden women to sing in public. To make matters worse, her controlling mother is determined to marry her off to a wealthy nobleman, even though Angelica is in love with a poor French artist. Angelica's only hope to sing before an audience--and escape a forced marriage--is to flee to Queen Christina's court, where she will become the queen's soprano. But she soon discovers that the palace walls are not completely secure . . . and her freedom will require an even greater sacrifice than she imagined.

CAROL DINES is the author of two previous young adult novels, Talk to Me and Best Friends Tell the Best Lies. She lives half of each year in Rome, where she discovered and researched Angelica's story, and the other half in Minneapolis, Minnesota.