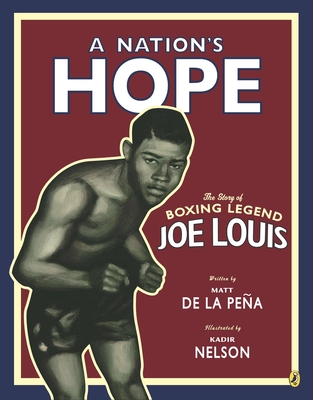 On the eve of World War II, African-American boxer Joe Louis fought German Max Schmeling in a bout that had more at stake than just the world heavyweight title. For much of America, their fight came to represent America’s war with Germany. This elegant and powerful picture book biography centers on this historic fight in which the American people came together to celebrate our nation’s founding ideals.

Praise  for A Nation's Hope:
"Spare, evocative verse melds with the eloquent illustrations to create palpable energy around the fight and Louis's struggle to the top."
—Publishers Weekly (starred review)