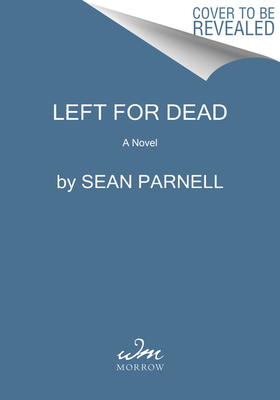 On a remote mountaintop in western China, Doctor Ai Liang is about to risk everything and defy the Chinese Communist Party. She and her team have created an extraordinary and terrifying new virus, even more deadly than COVID-19, one capable of killing someone in minutes. But her conscience tells her she must destroy the bioweapon before it can bring devastation to millions. And at the very minute she is about to explain her change of heart, she and her team are interrupted by a swarm of violent commandos who attack the lab, kill everyone in sight, and take off with the Gantu-62 virus.

Meanwhile, Eric Steele is on a cleanup mission, about to exact revenge on the group responsible for killing numerous Alphas and forcing the Program to disband. When justice is served, Steele can turn his thoughts to other pressing matters—namely, his long-lost father and his estranged girlfriend, Meg Harden.

But when news of CCP plans to attack U.S. forces reaches the United States, the president calls for the revival of the Program to counter this new threat. Steele is back in action, and he soon learns that the potential CCP move is related to a much more complex plot involving a fanatical Chinese imperialist group—and the stolen Gantu-62 bioweapon. It’s up to Steele and his team to find out who is really behind the threat and to stop them before they can unleash the unprecedented strike that could ignite another world war.

“Written in Parnell’s effective muscular prose... the book sets a swift pace from the get-go, and the pace doesn’t let up until the rousing finale. Parnell creates real, compassionate characters and puts them into a well-developed story, and the Eric Steele series deserves all the recognition it has received.”
— Booklist on Left for Dead

“In the climax, Steele and Kalidi square off in an exciting, bloody exchange around Washington’s National Cathedral… Parnell delivers loads of branded military hardware… and juggernaut plotting. The ending suggests big changes ahead for Steele and the Program. Military action fans will be well satisfied.”
— Publishers Weekly on One True Patriot

“Man of War is a breakneck-speed thriller with enough action and combat to satisfy any reader.  Eric Steele is a one-man army, and Sean Parnell uses his background in tactics and weapons to bust into the ranks of the best thriller writers out there.”
— C.J. Box

“Man of War is a blockbuster that rages with high-speed thrills and suspense on every page. It has an authentic feel that can only come from someone who truly knows combat. And the intense action, the far-flung settings, and the well-drawn inside-dope on covert operations, all add to create a knockout fiction debut by an author who has arrived on the thriller scene with a roar.”
— Mark Greaney, #1 New York Times bestselling author of One Minute Out

“A completely gripping story.”
— Clive Cussler on Man of War

“Falling somewhere between Brad Thor’s Scot Harvath and Brad Taylor’s Pike Logan, Eric Steele is a formidable new protagonist whom readers will love... If you like conspiracies and bold, larger-than-life characters, Man of War hits fast, hard, and never lets up for a second.”
— CrimeReads.com

“[A] high-octane thriller… Relevant, relentless, and filled with the kind of authenticity you can only get from someone whose been there and done it, Sean Parnell’s One True Patriot is a blistering, action-packed thriller that’s perfect for fans of Mark Greaney and Jack Carr.”
— TheRealBookSpy.com

“Two of the most intense tales of courage under fire I own are Black Hawk Down and Lone Survivor. I now have a third, Outlaw Platoon. It’s an absolutely gripping, edge-of-your-seat ride.”
— Brad Thor, bestselling author of Near Dark