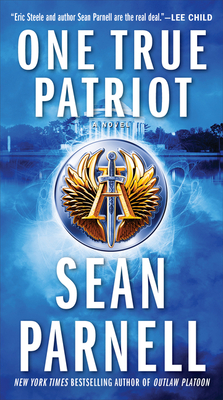 This is book number 3 in the Eric Steele series.

Special operative Eric Steele must stop a foreign assassin targeting top-tier U.S. military personnel and derail a strike aimed at the heart of America in this third electrifying military thriller from the New York Times bestselling author of All Out War, perfect for fans of Brad Thor, Vince Flynn, and Tom Clancy

Two months after taking down terrorist Aleksandr Zakayev, Eric Steele is back in action. Though he is completing his Alpha assignments with the same deadly efficiency as always, he has lingering questions about his missing father—and his own future in the Program.

When Steele gets the alert that a fellow Alpha is in serious trouble, he rushes to Paris—only to arrive too late. Jonathan Raines, Stalker Six, is dead, the victim of a brutal attack. While on leave in the City of Light, Raines had met an attractive art historian who lured him into a trap. Before she vanished, the mysterious woman left a warning for anyone from the Alpha program who might follow her.

One of the best and most effective warriors in the top-secret Program, Steele has been trained to take on enemies, and no threat will deter him from avenging a fallen brother. But the killer won’t be easy to find. The search takes Steele around the world, from France, to the Adriatic coast of Italy, to the outskirts of Aleppo, Syria, and to a top-secret prison in Russia— where, unexpectedly, he finds more clues about his father—before finally taking him back to the streets of Washington, D.C.

No one is safe while the killer is on the loose, and the danger is heightened when Steele discovers intel that killing Alphas is just the beginning of a larger, more nefarious plot. The real target is much, much bigger—and it’s up to Steele to prevent catastrophe before he becomes the next elite warrior to fall.

“[A] high-octane thriller… Relevant, relentless, and filled with the kind of authenticity you can only get from someone whose been there and done it, Sean Parnell’s One True Patriot is a blistering, action-packed thriller that’s perfect for fans of Mark Greaney and Jack Carr.” — TheRealBookSpy.com

“In the climax, Steele and Kalidi square off in an exciting, bloody exchange around Washington’s National Cathedral… Parnell delivers loads of branded military hardware… and juggernaut plotting. The ending suggests big changes ahead for Steele and the Program. Military action fans will be well satisfied.”  — Publishers Weekly on One True Patriot

“Man of War is a breakneck-speed thriller with enough action and combat to satisfy any reader.  Eric Steele is a one-man army, and Sean Parnell uses his background in tactics and weapons to bust into the ranks of the best thriller writers out there.” — C.J. Box

“An authentic feel that can only come from someone who truly knows combat. The intense action, far-flung settings, and well-drawn inside-dope on covert operations, all add to create a knockout fiction debut by an author who has arrived on the thriller scene with a roar.” — Mark Greaney on Man of War

“A fast-paced, all-out action-fest. . . . Steele is the kind of adventure hero whom everyone will want to see succeed, and here he’s up against antagonists who define sheer villainy. . . . Parnell has jumped to the top of the military-thriller class, right up there with Brad Thor and Vince Flynn.” — Booklist (starred review) on All Out War

“A completely gripping story.” — Clive Cussler on Man of War

“The mission becomes increasingly complex, dangerous, and engaging once Steele learns that the attack on his home is tied to assassination plans for some of the world’s most prominent leaders… A well-written and well-researched page-turner.” — Kirkus Reviews

“Sean Parnell continues to impress with his second novel, a timely action thriller that brings the pain in a big way. . . . Readers will enjoy following Eric Steele as he goes to work killing bad guys and trying to save the world.” — RealBookSpy on All Out War

“There is never any lack of action, and putting this thriller down is a tall order.” — Lima Charlie

“Another amazing work of art from Sean Parnell. Every page I turned of this masterful thriller gripped me with intrigue and emotion. Sean now lives among the greats such as Brad Thor and Vince Flynn.” — Brent Gleeson, author of Talking Point: A Navy SEAL’s 10 Fail Safe Principles

“Man of War is a blockbuster that rages with high-speed thrills and suspense on every page. It has an authentic feel that can only come from someone who truly knows combat. And the intense action, the far-flung settings, and the well-drawn inside-dope on covert operations, all add to create a knockout fiction debut by an author who has arrived on the thriller scene with a roar.” — Mark Greaney, #1 New York Times bestselling author of Agent in Place

“Falling somewhere between Brad Thor’s Scot Harvath and Brad Taylor’s Pike Logan, Eric Steele is a formidable new protagonist whom readers will love... If you like conspiracies and bold, larger-than-life characters, Man of War hits fast, hard, and never lets up for a second.” — CrimeReads.com

“A great tale that rivals the exciting military fiction writers of our time like Clancy and Thor.  Pulling from real world experience, Parnell crafts a story with Man of War that is realistic, entertaining and suspenseful… Look out Jason Bourne, Eric Steele has arrived!” — Jason Redman, author of The Trident and former Navy SEAL Lt.

“[A] soulful story of men at war . . . Outlaw Platoon shows us that the love and brotherhood forged in the fires of combat are the most formidable quaities a unit can possess.” — Steven Pressfield, author of Gates of Fire

“Outlaw Platoon is an utterly gripping account of what our soldiers endure on the front lines—the frustrations, the fear, the loneliness. . . Here, in these pages, are the on-the-ground realities of a war we so rarely witness on news broadcasts” — Tim O'Brien, author of The Things They Carried

“Outlaw Platoon put me back on the battlefield again. It’s a heartfelt story that shows how very different people can be thrown together in combat and find a way to make it work. Parnell and the soldiers who fought beside him are all courageous heroes—real bad asses.” — Chris Kyle, author of American Sniper