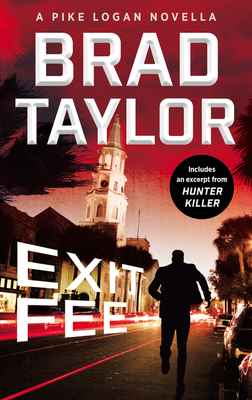 “Taylor is one of today’s premiere authors writing about the world of special ops.”

Former Special Forces officer Brad Taylor’s thrilling new novella sets Pike Logan and Jennifer Cahill against a Serbian gang that makes the mistake of kidnapping someone they both hold dear.

Pike Logan and Jennifer Cahill are no strangers to international conflict, but this time they’re facing a threat much closer to home. Amena, the young Syrian refugee they have taken into their care, is having trouble settling into her new life in South Carolina. As they all struggle to figure out the bounds of their new life, a fight with Pike sends Amena running to the streets of Charleston, where she befriends a girl and her Serbian guardian who may not be as harmless as they seem.

Pike, wild with worry over Amena’s disappearance, makes it his mission to bring her home safely, but she is in much more danger than they realize. To make matters worse, classified nuclear information may also be on the line. While Pike is on the warpath, Amena learns of the Serbian’s true nature and the terrible ‘exit fee’ he exacts from girls who don’t play by his rules.

Now it’s up to Pike to find her— but the risk will be much higher than he imagines.

Brad Taylor, Lieutenant Colonel (Ret.), is a 21-year veteran of the U.S. Army Infantry and Special Forces, including eight years with the 1st Special Forces Operational Detachment – Delta, popularly known as Delta Force. Taylor retired in 2010 after serving more than two decades and participating in Operation Enduring Freedom and Operation Iraqi Freedom, as well as classified operations around the globe. His final military post was as Assistant Professor of Military Science at The Citadel.

Brad has written thirteen New York Times bestsellers. When not writing, he serves as a security consultant on asymmetric threats for various agencies. He lives in Charleston, SC with his wife and two daughters.