The Friend: A Novel (Hardcover) 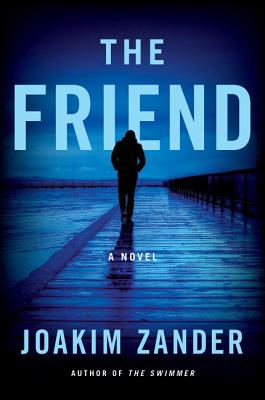 November 2015. Jacob Seger arrives in Lebanon eager to make the most of his internship at the Swedish embassy in Beirut. But when he meets the handsome and mysterious Yassim at a glamorous party his first night in the city, he is swept up into a passionate, obsessive affair that renders everything else in his life insignificant. When terrorist claims against Yassim are brought to light, Jacob must confront his role in a complicated game he is wholly unprepared to play. Unsure who to believe or trust, he knows only that he must flee Beirut—and fast.

Meanwhile in Sweden Klara Walldeen returns to the Stockholm archipelago to bury her beloved grandfather, her best friend Gabriella by her side. What should be a trip of mourning and solitude quickly turns perilous, however, when Gabi is arrested under suspicion of terrorist activity. After finding notes in Gabi’s purse about a clandestine meeting with a young Swedish diplomat, Klara springs into action, determined to clear her friend’s name.

Following Gabi’s trail, Klara comes face-to-face with Jacob, as well as with George Loow, a suave lobbyist from her past to whom she finds herself inexorably drawn. Now Klara, George, and Jacob set off on a race across Europe to stop a pending terrorist attack—and get to the bottom of Yassim’s true identity.

Joakim Zander was born in Stockholm, has lived in Syria and Israel, and graduated from high school in the United States. He earned a PhD in law from Maastricht University in the Netherlands and has worked as a lawyer for the European Union in Brussels and Helsinki. Rights to his debut novel The Swimmer were sold in twenty-eight countries. Zander lives and works in southern Sweden with his family.

“Thought-provoking.... Thriller fans who enjoy flawed, achingly human characters won’t be able to put this one down.”
— Publishers Weekly

Praise for the work of Joakim Zander: “Zander has written another compelling, timely, and character-centered thriller, and many readers will look forward to what he does next.”
— Booklist, starred review on The Believer

“A tense, taut, gut-ripping thriller that is also beautifully written, smart, and sophisticated.”
— Alafair Burke, author of The Wife on The Believer

“How can The Swimmer be a first novel? It is dazzling not only in its plotting and character portraits, but in the sophistication of its structure, which keeps us breathless and guessing. An impressive and memorable work, comparable to the best of John le Carré.”
— Joseph Finder, author of Suspicion on The Swimmer