Don't Wake Up: A Novel (Paperback) 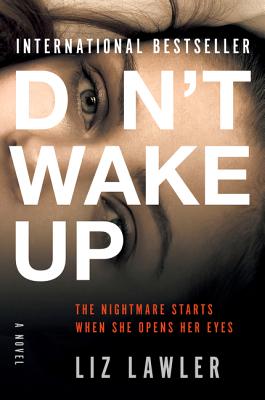 A harrowing psychological thriller debut about a woman who awakens after an assault with no physical proof of the attack and who must try to convince everyone of what really happened.

When Dr. Alex Taylor opens her eyes, she is hooked up to an IV, is bound to an operating table, and her legs are raised in stirrups. Disoriented and alarmed, she assumes she's been anesthetized and brought to surgery after being in an accident. But the man standing over her, with his face hidden behind a surgical mask and wielding instruments, is no doctor she recognizes at the hospital where she works as a successful and respected doctor. He’s a stranger—and he’s calmly and methodically telling her how he's about to attack her. Before Alex can even scream for help, she succumbs to another dose of anesthesia, rendering her unable to defend herself….

When she comes to on a gurney, she finds herself surrounded by her colleagues and immediately reports the attack and rape. The police are skeptical of her bizarre story. And after a physical exam reveals no proof of any attack, even her boyfriend has doubts. Despite Alex's adamant claims, no one believes her, leaving her to wonder if she has, in fact, lost her mind.

Until she meets the next victim…

An edge-of-your-seat psychological thriller, Don't Wake Up is also a provocative, timely exploration of victimhood, abuse, and the discrediting of women in our culture.

Born in Chatham, England, and partly raised in Dublin, Ireland, Liz Lawler is one of fourteen children and grew up sharing socks, pants, stuffed bras, and a table space to eat at. Liz spent more than twenty years working as a nurse, and has since worked as a flight attendant and as the general manager of a five-star hotel. She now lives in Bath with her husband. Don’t Wake Up is her first novel.

“A compelling read with believable, memorable characters and an exciting setting that will appeal to fans of Grey’s Anatomy and psychological thrillers like Alice LaPlante’s Turn of Mind.”
— Booklist

“an intense first novel . . . Lawler creates a diverse cast of characters and toggles between them seamlessly to create an exciting narrative, from the police chief inexplicably drawn to help Alex to the officer determined to lock her up. Readers will look forward to her next psychological thriller.”
— Publishers Weekly

“Lawler’s disturbing, unconventional, and often distressing debut successfully examines the struggle for credibility even the most successful and respected women face when reporting a crime. Fans of dark psychological thrillers will find this one hard to put down.”
— Library Journal

“A startling, gripping debut about a woman who wakes up to find she’s being operated on by a stranger who is certainly not a medical professional, then can’t convince anyone that the attack was real. Don’t Wake Up is a penetrating, spine-chilling debut that explores issues of trauma, disbelief, communication, and power, all set within a genuinely page-turning story of suspense.”
— Crimereads