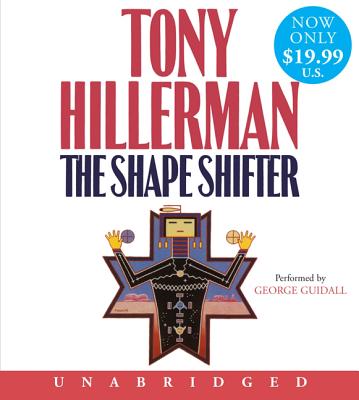 By Tony Hillerman, George Guidall (Read by)
$19.99
Email or call for price.

Since his retirement from the Navajo Tribal Police, Joe Leaphorn has been called on occasionally by his former colleagues to help them solve a puzzling crime. And Leaphorn, aided by Jim Chee and Bernie Manuelito, always delivers.

But this time, the problem is with an old case of Joe's–his "last case", unsolved and haunting him. And with Chee and Bernie on their honeymoon, Leaphorn is on his own. The case involved a priceless Navajo rug gone missing. Now, years later, Leaphorn is picking up the threads of a crime he'd thought impossible to solve. Hillerman is at the top of his form in this atmospheric and stunning novel.

George Guidall is one of the foremost narrators in the audiobook industry, having recorded over 500 unabridged books ranging from classics to contemporary bestsellers. He is the recipient of the 1999 Audie Award presented by the Audio Publishers Association for the best narration of unabridged fiction.