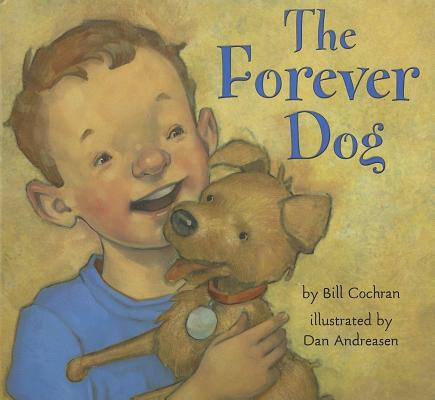 No one knows exactly what kind of dog Corky is, but if you ask his owner, Mike, the answer is simple: "He's my dog."

And it works well. From one year to the next Corky is right there with Mike. Until one day, when Mike comes home from school and Corky isn't there . . . The story of how Mike comes to accept Corky's death forms a simple, poignant portrait of a special friendship that both celebrates the joys of owning a pet and becomes a heartfelt guide for anyone who is coping with the loss of a loved one.

Bill Cochran is also the author of The Forever Dog, which Booklist called “an outstanding, realistic addition to books about death and dying.” Raised in Palo Alto, California, he is now a creative director in advertising. He lives in Dallas, Texas where he also performs with a popular comedy improv troupe.

Dan Andreasen has illustrated many well-loved books for children, including River Boy: The Story of Mark Twain and Pioneer Girl: The Story of Laura Ingalls Wilder, both by William Anderson, as well as many titles in the Little House series. He lives with his family in Medina, Ohio.