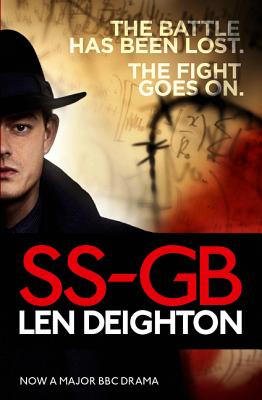 By Len Deighton
Email or call for price.
Not Available at This Time

A special edition of Deighton's classic thriller, the first and certainly greatest 'what-if?' novel about the Second World War, to tie in with the new major BBC series starring Sam Riley and adapted by the writers of Skyfall and Spectre.

In February 1941 British Command surrendered to the Nazis. Churchill has been executed, the King is in the Tower and the SS are in Whitehall...

For nine months Britain has been occupied - a blitzed, depressed and dingy country. However, it's 'business as usual' at Scotland Yard run by the SS when Detective Inspector Archer is assigned to a routine murder case. Life must go on.

But when SS Standartenfuhrer Huth arrives from Berlin with orders from the great Himmler himself to supervise the investigation, the resourceful Archer finds himself caught up in a high level, all action, espionage battle.

Born in London, Len Deighton served in the RAF before graduating from the Royal College of Art (which recently elected him a Senior Fellow). While in New York City working as a magazine illustrator he began writing his first novel, The Ipcress File, which was published in 1962. He is now the author of more than thirty books of fiction and non-fiction.