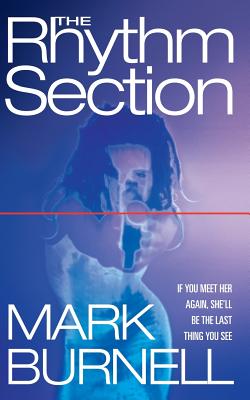 Soon to be a major motion picture, from the producers of the James Bond film series, starring Jude Law and Blake Lively.

She has nothing to lose and only revenge to live for

She thought her life was over...

Stephanie Patrick's life is destroyed by the crash of flight NE027: her family was on board and there were no survivors.

Devastated, she falls into a world of drugs and prostitution - until the day she discovers that the crash wasn't an accident, but an act of terrorism.

Filled with rage, and with nothing left to lose, she joins a covert intelligence organization. But throughout her training and operations she remains focused on one goal above all: revenge.

Mark Burnell was born in Northumberland and grew up in Brazil. He is a novelist and screenwriter. His debut novel, The Rhythm Section, is the first in a series of thrillers featuring Stephanie Patrick and is soon to be a major motion picture. The film is begin produced by Eon, the company responsible for the James Bond franchise, and stars Blake Lively and Jude Law. Mark lives in England with his family.