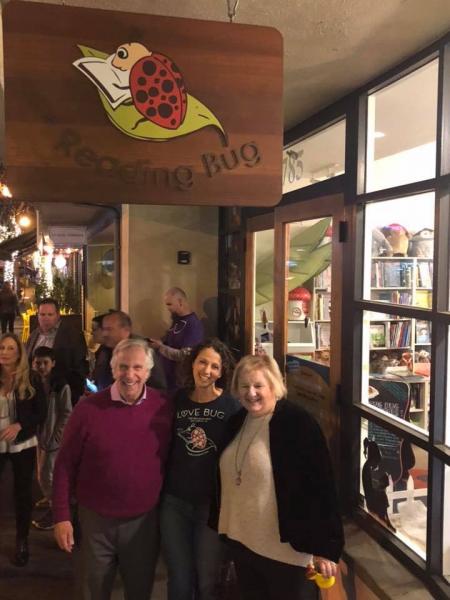 Henry Winkler is an actor, producer, and director, and he speaks publicly all over the world. In addition, he has a star on Hollywood Boulevard, was presented with the Order of the British Empire by the Queen of England, and the jacket he wore as the Fonz hangs in the Smithsonian Museum in Washington, DC. But if you asked him what he was proudest of, he would say, "Writing the Hank Zipzer books with my partner, Lin Oliver."

Lin Oliver is a children’s book author and writer/producer of numerous television series and movies for children. With Henry Winkler, she writes the New York Times bestselling book series, Hank Zipzer: World’s Best Underachiever, which has sold over 4 million copies and is a hit television series on the BBC. Their chapter book series, Here’s Hank, is also a New York Times bestseller.  She is also the author of the Who Shrunk Daniel Funk quartet, Sound Bender and The Shadow Mask, adventure/science fiction middle grade novels she coauthored with Theo Baker. Oliver is the cofounder and Executive Director of SCBWI.